Previous: Stock Ratings: How to Know What Stocks to Invest in
Next: Webull Options
Courses, Investing 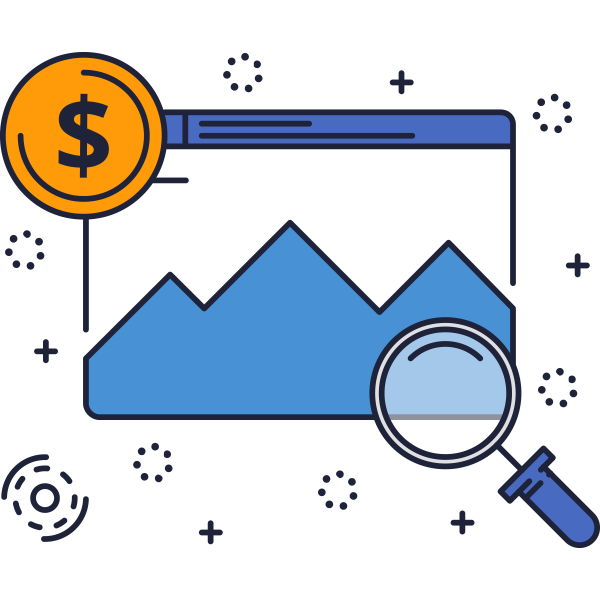 Value investing is a method of picking stocks that was pioneered in the 1930s—when the world was in the midst of the Great Depression.

The idea behind it is simple: buy stocks that are cheaper than they should be.

Of course that’s easier said than done. Finding stocks that are underpriced takes a lot of research. And once you’ve found them, it often takes a long time for their price to rise. But if you’re serious about investing, you need to understand at least the basics of value investing.

In this course we’ll explain what value investing is. We’ll look at the pros and cons and show you how to identify “value companies”. Then, we’ll look at how to analyze those companies a little deeper.

Value investing isn’t for everyone; this course will help you figure out whether or not this investment style suits you.

Finally, we’ll introduce you to Warren Buffet. He’s a multibillionaire and the most famous value investor in the world. We can’t make you as rich as him, but once you’ve learned about value investing, you’ll know how to try.

What is Value Investing?

History has shown that, over the long-term, stocks generally rise in value. But as Benjamin Graham, the father of value investing, pointed out:

“Most of the time common stocks are subject to irrational and excessive price fluctuations in both directions, as the consequence of the ingrained tendency of most people to speculate or gamble…to give way to hope, fear and greed.” Benjamin Graham

Stock prices aren’t only subject to their company’s performance, but also to human behavior. And, as it turns out, us humans aren’t the most objective bunch. Hope, fear and greed often influence our decisions more than we think.

If you never experience hope, fear or greed, well then you’re better than the rest of us.

CLICK HERE IF YOU NEVER EXPERIENCE HOPE, FEAR OR GREED

Graham and his partner David Dodd devised a method of combating these emotions. Even better—they found a way of harnessing them to invest intelligently.

The key emotion in that list is fear. While hope and greed can cause investors to overvalue a stock, fear can cause them to undervalue it.

Think about that for a minute. When everything looks bleak: unemployment is rising, inflation is on a tear, and the Four Horsemen of the Apocalypse are saddling up, who wants to hold a stock? The smart thing to do is cash out, buy gold, and head for the hills…

And that’s exactly when a value investor steps in. Value investors aren’t afraid of the Four Horsemen, or any other temporary development.

Value investors place less emphasis on short-term trends and look for stocks whose price is below what they’re actually worth in the long-term—in other words, stocks that are undervalued.

To find them, investors perform something called fundamental analysis. This involves examining a range of things related to the financial health of a company, such as:

If the fundamentals of the company seem stronger than its current stock price, then the stock is considered undervalued. That’s a signal to buy. The value investor believes that while the stock market hasn’t yet recognized the true value of the stock, ultimately it will. And when that happens, the price of the stock will rise.

So value investors look for companies that are cheap. But what does that mean?

A stock whose price has suddenly dropped from $100 to $50 certainly will look cheap—especially to the person who bought it at $100. But that doesn’t mean it’s a bargain. After all, the price may have dropped for a very good reason: the CEO was caught stealing money; the company had a big industrial accident; or the company’s shiny new technology turned out not to be so shiny after all.

Where to find Value Stocks

Value stocks can be found in just about any industry:

All of these situations provide opportunities for the value investor; opportunities to buy “cheap” because other investors are gripped by pessimism—or fear.

Value investors are looking for quality—not just a way to make a fast buck.

There are a lot of different things on the value investor's checklist. At a minimum they’ll include the following:

If a company is missing some of these, a value investor will likely shy away from buying—even if others think the stock looks cheap.

Value investors like ratios. Ratios measure important aspects of a company’s finances, and they’re the bread and butter of fundamental analysis. Here are some of the favorites:

These are some of the ratios favored by Benjamin Graham. They’re the most typical things that value investors look at, but they’re not the only things.

Value investors tend to emphasize intangible things – things that aren't found in an earnings report – like management. Are they competent? Are they reliable? Do they have a plan for dealing with the Four Horsemen of the Apocalypse? 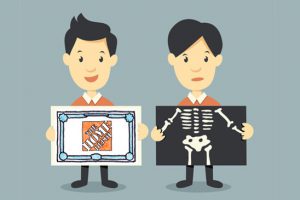 Here are three companies that have long been viewed as value stocks:

Procter & Gamble has long been considered a safe stock for value investors. It turns out that, even when times are tough, people are still out buying Head and Shoulders shampoo, Oral B toothpaste, Duracell batteries, and the number of other everyday items Proctor and Gamble sells. Not only does Proctor & Gamble have a strong product line, but they also pay out a pretty healthy dividend. That, along with good management and growing revenues makes Procter & Gamble a great value stock pick.

Warren Buffet is famous for holding Coca-Cola stock. And its value has certainly appreciated. This is what its stock price looks like since 1975. Coke also pays a generous dividend and it has great assets, not the least of which is its brand, which is one of the most recognizable around the world. Coke doesn’t necessarily pass the value test of Benjamin Graham’s value ratios—its stock hasn’t been cheap for years. But it’s such a big player that it can fend off the competition and keep paying out healthy dividends—which is why it attracts value investors like Warren Buffet.

For the first decade of this century, Walmart stock didn’t really do very well. Yet Walmart is one of the top holdings of Warren Buffett. So is Walmart a value pick or not? Well, it depends on when you bought it. Since 2011, Walmart has made a steady climb. And it meets many other criteria of value: well-established; reliable management; big dividends; and revenue that never seems to stop growing. Its share price can rise to the point where it might be considered expensive; but for a long-term investor like Buffet, Walmart has proven to be a winner.

What Kind of Investor are you?

Value investing isn’t for everyone. It requires patience and a lot of research. Undervalued stocks can be hard to find, and it takes time for the market to recognize their true worth—it’s not a process that happens overnight. But value investors say that research is worth it. They believe that their method outperforms the market over the long term.

Devotees love value investing because it:

But value investing isn’t all peaches and cream. Among other things, it:

One of the most successful investors of all time is a value investor—Warren Buffet.

And last but not least:

There are lots of examples of how Buffett’s philosophy works, but here’s just one. In the 1990s Buffett sat on the sidelines during the dotcom boom. He said he didn’t understand technology, so he wouldn’t invest in it.

Of course he missed out on a gigantic opportunity. Until the dotcom bubble burst, that is. Then his critics realized that he was right: invest in what you understand, and avoid the rest.

That’s because they fit several key criteria for value investing:

And sometimes they have another favorite characteristic for Buffett: they have what he calls an “economic moat” around their business. This is basically a competitive advantage that other companies struggle to overcome. Think of Coca Cola, for example. It’s so well known around the world, that its name alone is a competitive advantage that’s hard to eliminate. Even for Pepsi. Even for the Four Horsemen of the Apocalypse.