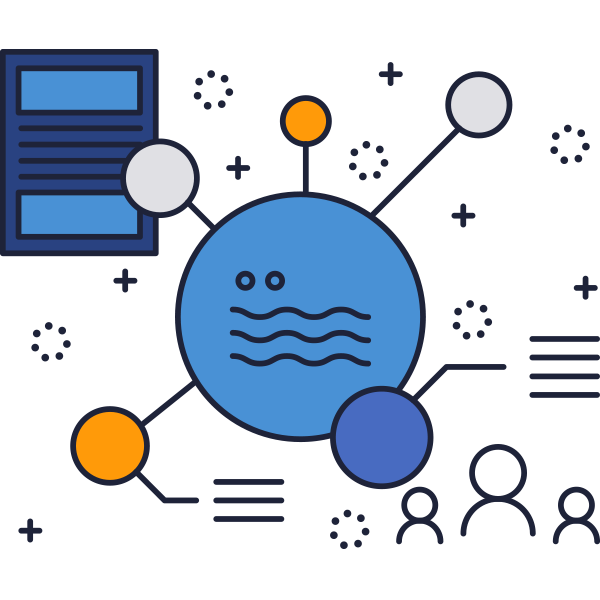 In 1996, Federal Reserve chairman Alan Greenspan made a speech about rising stock market bubbles in which he said:

“But how do we know when irrational exuberance has unduly escalated asset values, which then become subject to unexpected and prolonged contractions?”

Those words, “irrational exuberance,” became Greenspan’s signature phrase. But what did he mean?

Basically he was warning people that stocks were being pushed higher by people’s emotions—and not by things like their fundamental values, prospects for growth or anticipated future earnings. And that the consequence would be that the stock market bubbles…would burst. 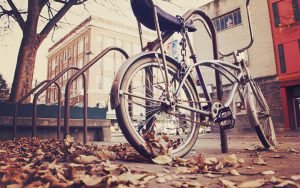 You don’t have to be an economist to be an investor. But you do need to know one basic fact about economics: economies move through cycles.

As far back as 1819, a French economist introduced the idea of periodic economic crises that occurred in peacetime. (Up to then, economists thought that economic equilibrium could only be disrupted by war.)

It proved to be a powerful idea, with lots of people debating it. Probably the most famous was none other than Karl Marx. Much of his economic theory rested on the belief that crises were inevitable. Not only that, they would get worse and worse, until conditions became so unbearable that the working class would start a communist revolution.

Fortunately for investors, it seems that old Karl was quite wrong. Capitalism managed to survive by providing an increasingly higher standard of living for just about everyone. (Three cheers for capitalism!)

Yet while Marx’s nightmare never came true, the idea of the built-in cycle survived. Throughout the 19th and 20th centuries, economies have experienced cycles in which periods of prosperity gave way to contractions—some of them quite severe.

Economic cycles, and their stock market bubbles, are still with us—but they are a lot less severe than they used to be.

But what about investment bubbles? They are closely related to the business cycle, but are they inevitable too?

That’s one of the most fascinating topics in the history of economics.

After all, the entire premise of mainstream economics is that consumers (and businesses and investors) are rational. They make decisions based on facts, not emotions. And they don’t get carried away by fads, trends or frenzies that leave them regretting their decisions later.

The reality is—as Alan Greenspan made clear—that people are often irrational. In fact they may be irrational more often than they are rational.

Crises, We Got Crises

Now you might argue that this was just because the financial system was young and was having teething problems.

That works out to one panic every 10 years.

So Where Do These Stock Market Bubbles Come from?

Panics aren’t just a result of slowing demand, or rising unemployment, or declining business confidence (some of the things that contribute to the business cycle). Panics are the flip side of the irrational exuberance that produces bubbles.

And what exactly is a stock market bubble?

Wikipedia defines a stock market bubble as “trade in high volumes at prices that are considerably at variance with intrinsic values.” Or in plain English, asset prices are sky high, but people keep jumping on the bandwagon…

Why they do so is really a question more for psychology than for economics. Economists—and investors—simply have to accept that the phenomenon exists, and is as much a part of the economy as the business cycle.

Today, asset bubbles are most commonly associated with the stock market. But you don’t need stock markets to create a bubble. All you need is a commodity and a lot of irrational exuberance—as the Dutch tulip mania of the 17th century showed.

Yes, you read that right: tulip mania. Back in 17th century Holland—the richest country in the world at the time—the merchant class was growing incredibly rich from trade with the East Indies. Like rich people everywhere, they wanted to show off their wealth to the rest of the world.

So naturally they went into tulips.

Now this is not as crazy as it sounds. The rich actually were building big new estates with their money, and they bought tulips to decorate their gardens. Tulips were rare flowers at the time, and they also came in a huge number of varieties.

Most important of all, it takes a long time to cultivate a flower from a tulip bulb (sometimes more than a decade), which only makes tulips that much rarer.

So, lots of new money, lots of people trying to show off their status, and a very rare commodity—the perfect storm for an asset bubble.

And what a bubble it was.

At the bubble’s height, a single tulip bulb could sell for ten times the annual salary of a skilled craftsman. There were even futures contracts for tulips, in which people paid for bulbs that would be delivered to them months later. Bulbs sometimes changed hands as often as 10 times a day, as people tried to get rich quick.

In February 1637 prices for tulip bulbs collapsed by over 99%. Now it may have just been tulips, but when any commodity drops by 99% that quickly, it sure meets the definition of “trade at prices that are considerably at variance with intrinsic values.”

OK, So Flowers Are Not a Great Investment—Let’s Stick to Stocks

The Dutch tulip mania was certainly unusual, because it involved such an unusual commodity. But as history has shown, even more conventional commodities are subject to irrational exuberance.

That much was demonstrated in the 18th century in one of the first stock manias. The South Sea Bubble was a speculative frenzy surrounding the South Sea Company, an English enterprise that had been granted trading rights to South America.

People got so excited by tales of South America’s riches that they bid the company’s shares up from £128 in January 1720, to £1000 in August of the same year.

It didn’t help that the promoters were lying about the company. Or that no one involved in investing in it had ever been to South America to check it out. Or that a bunch of other companies sprang up at the same time, all promising quick wealth based on dubious schemes.

Soon enough, though, it became clear that the company just didn’t have the revenues to support its valuations. The bubble burst and a lot of people lost their shirts, including the King’s mistress and none other than Sir Isaac Newton. (Turns out he was a genius and a sucker at the same time…)

The Biggest Stock Market Bubble of Them All

As the stock market grew, so did the number of bubbles. There were bubbles in all sorts of stocks in the 19th century, including the infamous British Railway Bubble of the 1840s.

But by the 20th century, surely almost three centuries of experience protected investors against further manias? 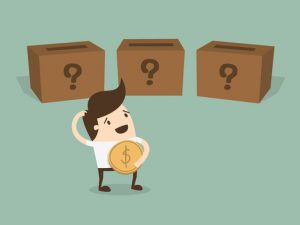 The Stock Market—Older, but Not Wiser

Sadly, that is not the case. In the 1920s, America caught stock market fever. And not without reason.

After all, World War One was over. The economy was booming, fueled by all sorts of new technologies—motor cars, radios, telephones, airplanes, even things like hair dryers and electric toasters.

And on top of that, stock markets were much better regulated than before, with the banking system reinforcedby the newly established Federal Reserve.

Good times, it seemed, were here to stay.

Between 1920 and 1929, the Dow Jones increased in value by 1,000%. People saw their neighbors getting rich, and they jumped into the game too. Brokers made it easy for them, allowing them to invest ten times what they ponied up themselves. “Intrinsic value” went out the window.

They Should Have Checked the Farmer’s Almanac

So what caused it all to come crashing down? Funnily enough, it was something far away from Wall Street.

In the late summer of 1929, agriculture prices began to falter. The American agricultural sector was much more important than it is today, and when news came of declining wheat prices in Europe, Wall Street got worried. In early September the Dow peaked and then started falling. In October, prices and volumes were swinging wildly. And on October 24 (Black Thursday) the market lost 11% at the opening bell.

The slide was halted that day, but over the next week it gathered momentum; on October 28 and 29 it dropped 13% and 12% respectively. The Great Crash had occurred. And it would not be until 1954 that the Dow reached its peak value of 1929 again.

Keynes to the Rescue

The Great Crash led to the Great Depression. Unemployment in America reached 25%. Industrial production was cut in half. More than 5,000 banks failed. All around the industrialized world, price levels spiraled downwards and economies shrank.

But the Great Crash also led to one other thing: Keynesianism.

Keynesianism was an economic theory named after John Maynard Keynes, a British economist. He was a brilliant man who turned economic orthodoxy on its head. Instead of cutting spending to balance the books, said Keynes, governments should do the exact opposite: spend like a drunken sailor. By running deficits, governments could stop the fall of employment and production.

If business wasn’t going to pump up the economy, the government had to do it.

And it’s generally acknowledged today that Keynes was right. Even monetarists—who focus more on the money supply than on spending—agree. After all, even the most famous monetarist of all time, Milton Friedman, notably said, “We’re all Keynesians now.”

It’s Déjà Vu All Over Again

So, in the 1930s we went through the biggest economic contraction in history. Then some smart British guy told us how to get out of it. What did we learn?

In the 1990s people started talking about “the Goldilocks Economy”—not too hot, not too cold, just right. They believed that we had entered a new era of stable growth. Even the dotcom bubble of the late 1990s didn’t discourage them. Or the stock market decline after September 11, 2001.

In their view, credit was easy. Technology kept getting better. Markets kept getting freer. Regulation got lighter. This time it REALLY WAS DIFFERENT.

And then the 2008 financial crisis happened. 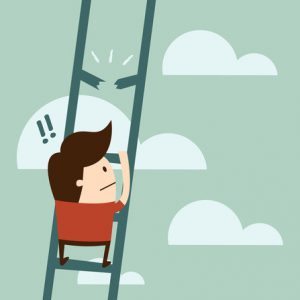 What? We Are Still Irrationally Exuberant!!??

Generally agreed to be the worst financial crisis in history since the Great Depression, the 2008 crisis nearly destroyed the world’s economy. And its cause was a bubble—this time a housing bubble. Fueled, as it happened, by easy credit, lax regulation, computer technology—all those things the Goldilocks crowd said were good. (Oh, and fraud. And greed, let’s not forget greed.)

We’ll cover the entire crisis in depth in the next course. But for now there’s one lesson to be learned. History isn’t just about the past. It’s about the present, too.

People who paid a year’s wages for a lousy little tulip bulb in the 1630s were no different from people who bought shady South Sea stocks in the 1720s, or British railroad stocks in the 1840s, dotcom startups in the 1990s, or junk mortgages in 2008.

They all believed that they were making rational economic decisions. Yet they were all victims of irrational exuberance—strong emotions that led them to wildly overvalue assets.

So when you invest, remember that the business cycle will always be with us. But so will irrational exuberance. As a wise investor, you have to distinguish between the two.